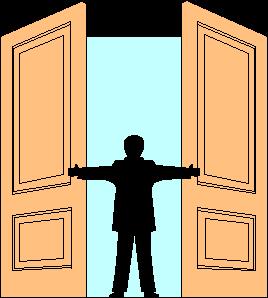 "Study on the "Inside" to make it on the Outside"

The New Directions Education Project (NDEP) was formed in 1999 by a group of individuals who felt that inmates should have more than a GED/High School Diploma to start their lives upon release from prison. Research shows the tendency to return to criminal life lessens in direct proportion to how much education a prisoner receives while incarcerated. Since 1994, when inmates became ineligible for PELL Grants, no federal or state funding has been available for college classes taught within the Oregon Department of Corrections. The New Directions Education Project formed and began to seek donations from churches, civic groups, individuals and eventually from foundations to enable Blue Mountain Community College to provide instructors to teach college-transfer classes at Eastern Oregon Correctional Institution. EOCI provided classroom space. Donated money also paid for supplies, books, and tuition except for a $10.00/credit hour tuition fee expected from each inmate student. In this way, the New Directions Project came to fruition and currently exists to serve 40-50 present inmate students each year.

Since its inception, NDEP has provided 101 classes for over 1300 students.  Most NDEP classes count toward an Associate of Arts Oregon Transfer degree (AAOT) which means that any Oregon college or university will accept the credits. Once in awhile, a course is offered to build skills to a required level for a transferable class.