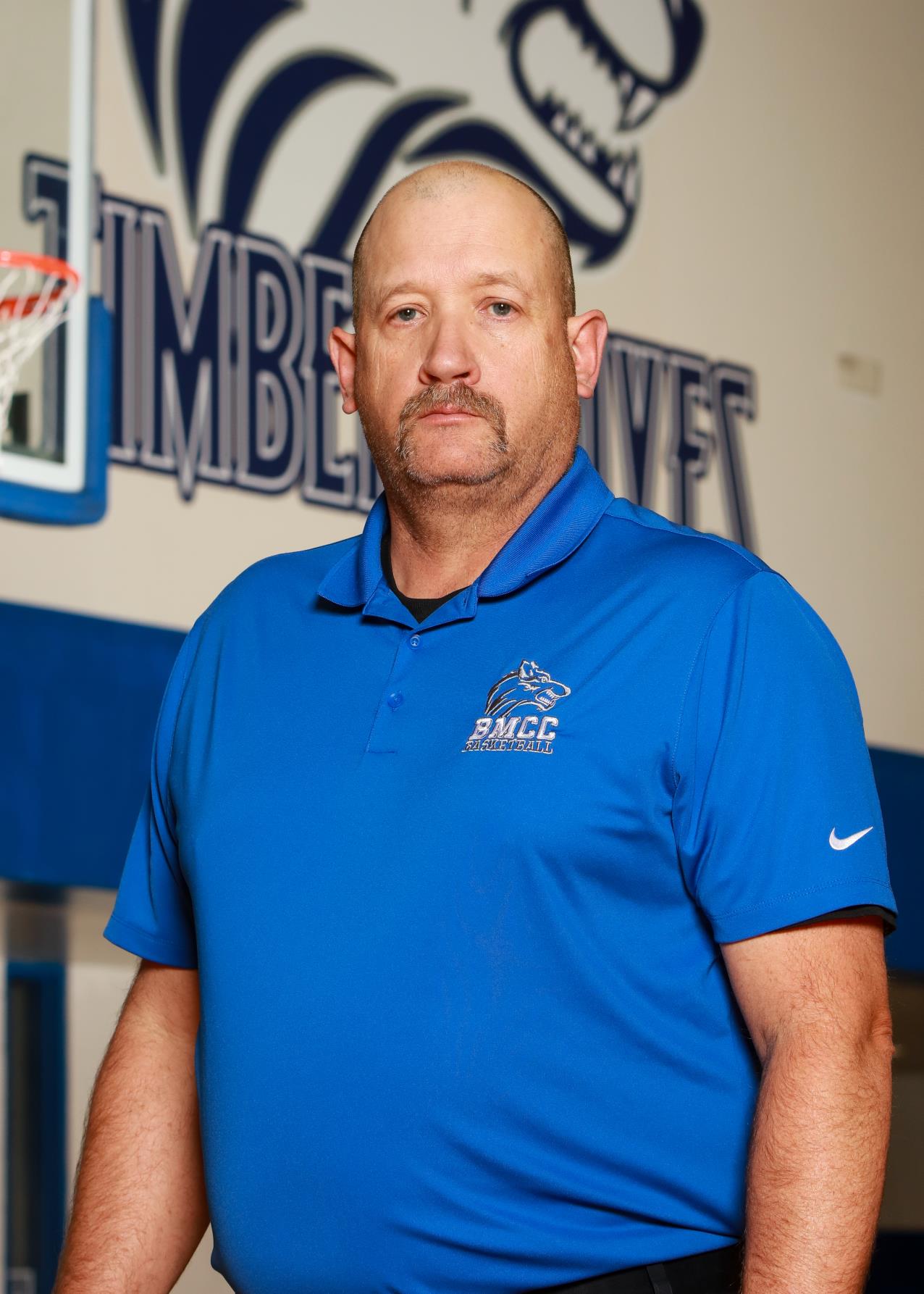 As assistant coach, Baxter played a key role in the recruitment of new Timberwolf student-athletes. He’s also been responsible for the development of post players.

Prior to assisting the BMCC men’s team, Baxter spent six years as head coach of the boys’ varsity basketball team at Pilot Rock High School, with a 103-49 record, including three back-to-back 20-win seasons. He led the team to the district tournament all six years, including three championship appearances, as well as four appearances in the state tournament. He also spent five years as head girls’ varsity basketball coach at Pilot Rock, with three of five years at the district tournament and one trip to the state tournament. Baxter also spent three years as the head boys’ and girls’ coach at Ukiah High School.

“Coach Baxter is a highly dedicated leader, committed to being a part of BMCC,” said BMCC Director of Athletics, Outreach & Student Life Dawn DiFuria McClendon. “He has a relentless work ethic, passion for the game, and a vision to build a program of high character and high-competing student-athletes. We look forward to Coach Baxter leading our men’s basketball team to high levels of success on and off the court.”

Baxter was involved in recruiting his current team, so he’s excited for the season. The entire team is made up of Pacific Northwest players, including team captain Dylan Grogan of Stanfield, who has returned to the area after a season of playing baseball for Yakima Valley College. Other local students include sophomore guard Mehki Foreman of Pendleton and freshman wing Bryson Pierce from Pilot Rock. Other players hail from Washington, Idaho, and the Portland/Vancouver area. The only returning sophomore is Jeremiah Hillard.

“Playing in the toughest region of the NWAC (Northwest Athletic Conference) is going to challenge our guys,” Baxter said. “Players are working hard to make the switch from the high school level to our level. We have asked them to be invested in the program, the classroom and the community, and so far they have been.”

The Timberwolves have had a challenging start to the season, with three losses in the first three non-league games. They play again Friday night (Nov. 30) at the Spokane Bigfoot Classic versus Clark College. The team won’t have a home game until Jan. 5 against Columbia Basin College. For a full schedule, visit www.bmcctimberwolves.com.